DUNCAN GARNER: New Zealand, you're good, but you need to stop being an immature teenager

I reckon I'm the luckiest radio host around - I have thousands of producers (listeners) around the country sending me their views and ideas. Many of these ideas make it into RadioLIVE Drive. Then I got this blog from Cole Atkinson - it was so good I've posted it here. He went on holiday to Japan and the USA recently - these are his observations comparing these powerhouse countries to NZ. Well worth a read.

BY COLE ATKINSON: New Zealand, you're good, but you need to stop being an immature teenager: some things learned from travelling the world

I love talkback. All my friends know it, and I'm not ashamed to say it. I'm a 50 year old living in the body of a 20-something year old.

Listening to the whingers, the commentators and the optimists day in, day out, can swing your view on what kind of country New Zealand is, what issues we have, and what is good about our little country down here in the corner of the globe. But sometimes, I feel we get caught up in our own isolation with little perspective from the outside world. So on my recent trip around Japan and the United States, I tried to put some perspective on the good, the bad, and the ugly things about New Zealand when compared to two of the world's largest economies.

- We are literally decades and decades behind on public transport

Not once did my wife and I even touch a car in Japan - The underground train network throughout Tokyo, Osaka and Kyoto is like a central nervous system of each city. Each train station has multiple main areas that link to several different lines which link to several different platforms. Each main underground station wouldn't be far off the size of your average Westfield mall. Lines and directions are clearly marked in Japanese, English, Korean and Mandarin - we only had to ask for help twice. 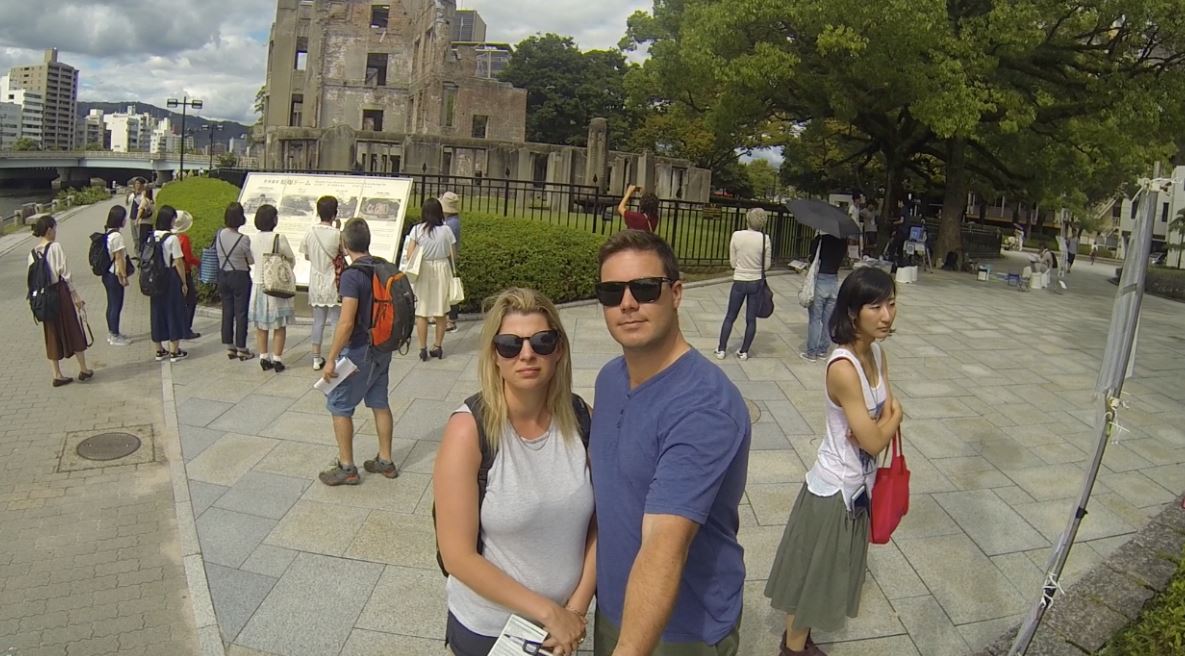 I always hear the excuse: "New Zealand is a young country, we haven't got the history behind us." Well, use that excuse no more. Hiroshima was literally flattened by the first ever atomic bombing just 70 years ago - and has an underground network that makes Auckland's train system look like a Hot Wheels toy set.

However, while we cannot use the excuse that we are a young country, we ARE a small country - Japan has almost 130 million people compared to New Zealand's 4.5 million, crammed into only 40% more land mass. While we don't have the population or the money to rival a system such a Japan's, a mindset that does not factor in a foundational public transport network such as rail will hurt local business and our tourism industry over the next century as our population continues to grow.

- We need to stop blaming others for our alcohol problem

It seems every week there is a high profile, alcohol related news story hitting the headlines. And that goes for our friends across the ditch as well. The well documented coward-punch plague spread from Sydney's King Cross to downtown Auckland throughout 2014 and 2015, and remains a real problem to this day.

Almost daily I hear the excuses: Alcohol is too easily available to our youth. Alcohol is too cheap. There are too many liquor stores. The alcohol companies are irresponsible.

Yes, alcohol is an enabler for these issues, but how about looking at the root cause?

While the drinking age is two years higher at 20, alcohol in Japan is both cheaper and more readily available. As low as $3 for a 500ml can and often as easy as a public vending machine on the street outside your hotel room. Drunken idiots on the street? None. Vandalism of shops late at night? None. Brawls that spew out onto the street? None. The Japanese culture places a huge emphasis on work ethic, respect and personal responsibility, and this includes when you are having a few beers with your mates. Stop shifting the blame onto the alcohol, and take a look at how we are educating and influencing our children with alcohol from a young age.

In Japanese culture, it is extremely rude to leave before your boss. If you are finished for the day and others around you still have work to do, you should ask them what you can do to help before you go home. If it's 11pm and your boss wants to take you out for a drink; you go. And you drink with him until he's ready to go home.

Sounds bloody horrible! And yes, a lot of that is. Am I saying we need to stay at work until 11pm and go out drinking until the early hours? Not at all.

(In fact, on an unrelated topic I actually recently read an article on how the owner of a Stand Up Paddleboard company in Southern California cut all his staff to 5 hours a day, and increased his revenue to $10 million with just 9 employees. His staff are still paid the same annual wage as if they worked 8 hours a day. They start at 8 in the morning, and finish at 1pm on a regular day, leaving them free for the afternoon and evening. But, they realise what they used to do in 8 hours now needs to be done in 5. And if an all-nighter is needed around product launch time, they will be there from dawn till dusk.)

What I am saying, is that we can learn a lot from the Japanese' commitment and work ethic.

Twice in the last month I know of two employers who have offered jobs to people, only to be turned down because they preferred the money they were getting on the benefit. One of them had a wife and children. While New Zealand has many problems, I believe a growing sense of entitlement has a huge role to play.

Have you ever driven around America only to run into a 4-way stop sign every block? Ludacris! It's called a roundabout, they're simple, and we do them really well. Look one up if you're not sure what I'm talking about.

The best part is when you do encounter a roundabout in the U.S, and everyone is stopping in the middle of the circle giving way and/or honking at each other.

- Homelessness: we've got to improve, but we're not as bad as you think 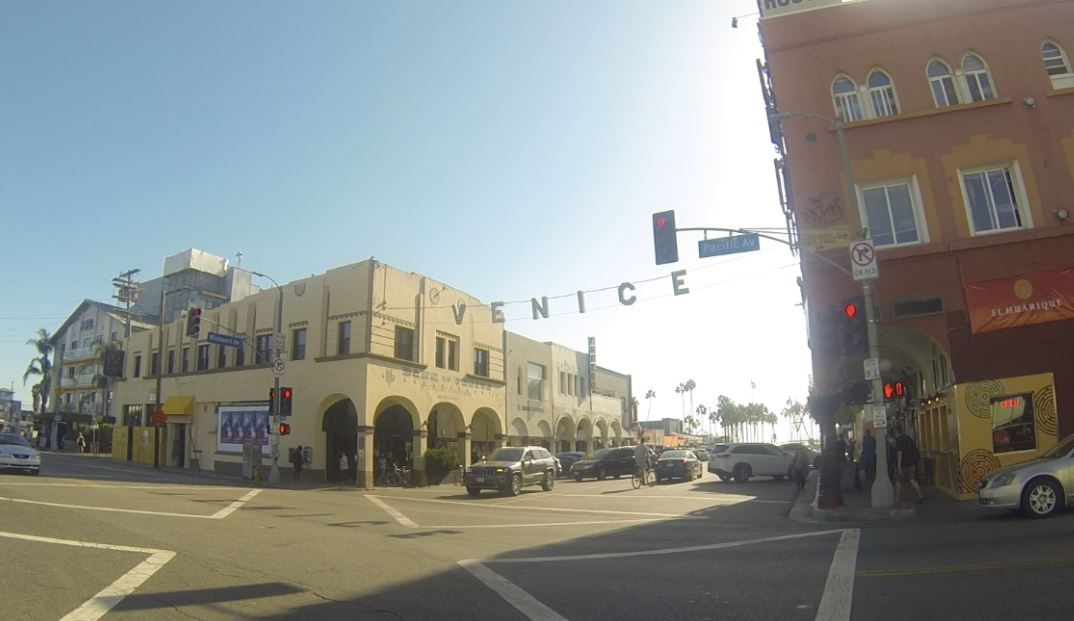 San Francisco and Venice Beach were two parts of our trip that I was immensely looking forward to. The steep terraced streets of San Fran, and the California sunshine as you stroll along the Venice boardwalk. Think again.

I felt physically ill in downtown San Francisco, where there are literally dozens of homeless occupying every block. They urinate and defecate in the street, and they are allowed to - the law states homeless people cannot be asked to move along by Police or any citizen. I will never go back to San Francisco (on holiday) again. Venice Beach was just as bad.

And just before you jump on your socialist high horse, I'm not implying that it's their fault or that they have any other choice.

There were beautiful areas to both of these parts of the trip - the Golden Gate Bridge end of San Fran is clean and picturesque, as is the Santa Monica end of the Venice boardwalk. But both of these places are examples of where fixing the issue got put in the too-hard-basket and the homeless were shuffled to one end of town to make the other side look good. Auckland in particular needs to be careful that it doesn't do the same thing.

- New Zealand is beautiful, but so are other places 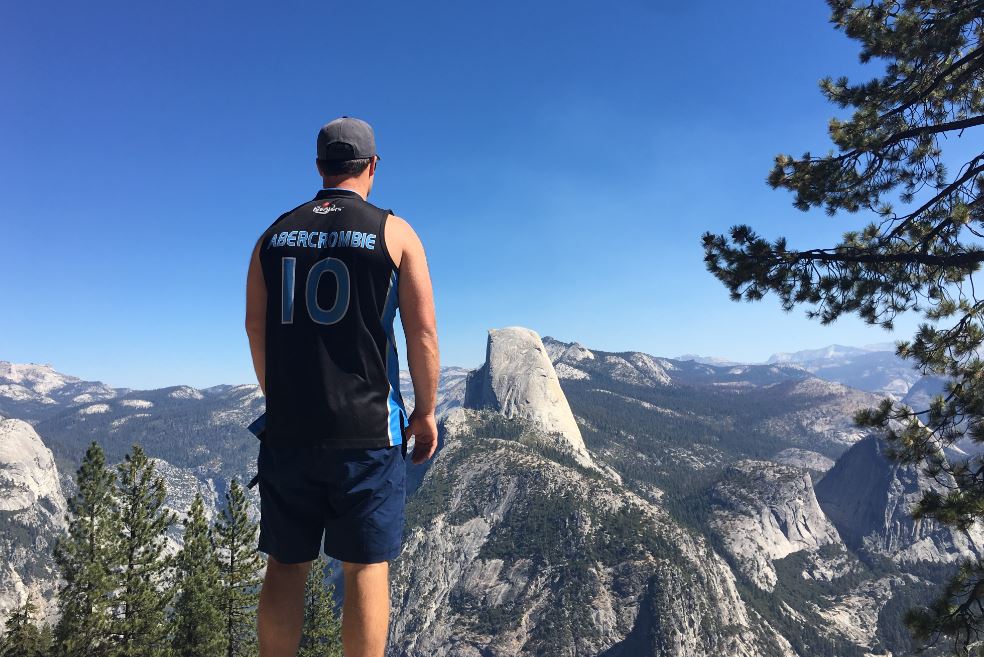 Yosemite National Park is hands down the most beautiful place on earth I have visited, without question. If you have not been, or you don't intend to go, think again. This Western California beauty is just simply unbelievable. As my wife said, it's literally like jumping out of a postcard.

Our tourism industry has done an absolutely marvellous job of marketing us as a clean, green, and beautiful country (which we really are), but there are other places out there equally as good.

Also, thank god we don't have to tip
I have a love-hate relationship with America. Almost all of it I absolutely love (if I could live there, I would), but tipping, I do not love.

If your meal is $16, it's not just $16. Federal tax, State tax, and in the case of San Francisco another 4% for employee health benefits, add it all up, and then add 20% of that total to your meal to tip the waiter. JUST TELL ME THE PRICE!

And that guy who just pumped your gas? Yep, you've got to throw him a couple of bucks too.

- Electric cars: well, we suck at them

But not as much as our infrastructure for Electric cars sucks. I know we are improving, but just like public transport, we are so far behind the 8 ball. Tesla's are like Toyota's in America... they're everywhere. And they're everywhere a) because they are cheaper but b) because people can charge their car when they need to!

The other day I heard Duncan Garner say how great it was that the New Zealand government is backing the install of 100 charging stations throughout the country by 2020. 100? Did you say ONE HUNDRED? That's cute. You'd probably drive past 100 charging stations between LAX and your Air BnB.

Our rental car.... not so electric. 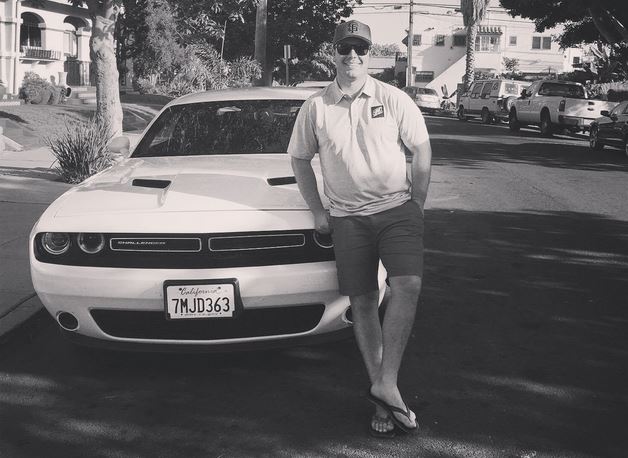 I absolutely love our country. We continue to punch above our weight (across many areas, socially and in business), we are an extremely attractive and safe place to live, and all in all we are a wealthy country. But I can't help but think New Zealand has become a little bit of an immature teenager that just needs stop moaning and grow up a little bit. If we do pride ourselves our punching above our weight, we need to keep on keeping on; complacency will land us in trouble.

So, how was my feedback sandwich? (And no, not even one mention of Trump or Crooked Hillary).